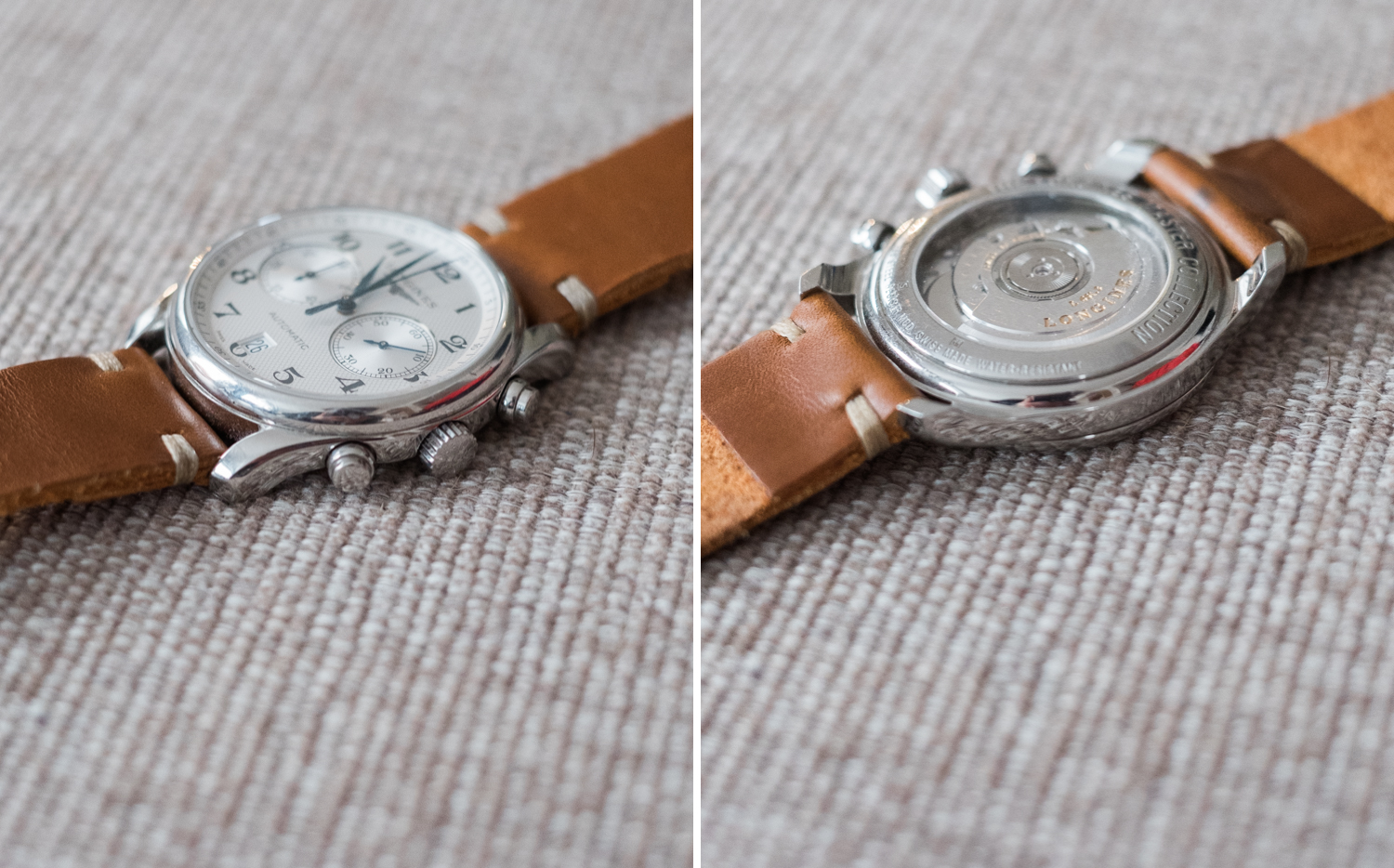 When I married eleven years ago I got myself a nice watch to mark the occasion. It was a beautiful, self-winding mechanical Longines watch that cost ridiculously more than any watch I had previously owned (but still a pittance when compared to other mechanical timepieces). I wore it on my wrist every day for about eight years and never lost my infatuation with the pure engineering brilliance of it, even though it never quite kept an exact time.

When I turned forty little over two years ago my wife gave me a long sought-after smartwatch, an Apple Watch series 2. I immediately paired it with my iPhone and started exploring all the cool new things this would add to my life. The Apple Watch is a wonderful gadget, but life with it soon turned out to be a life interrupted. I found it almost impossible to ignore the gentle taps on my arm informing me that someone said something on Facebook or Instagram, or that I was awarded some sort of imaginary kindergarten award for having walked a distance. I frankly grew shockingly annoyed over the constant notifications and soon turned most of them off. The very premise of having a piece of technology constantly collecting metrics about my activity and trying to gamify my life felt utterly unappealing to me.

It also turned out that the thing I most needed a watch for—telling time—was the thing this smartwatch did not do very well. You could not just glance at it and expect to see what time it was. To save battery you had to activate the display by raising your arm, or by touching it. This meant a whole lot of awkward arm-shaking whenever I wanted to know if I was late for a meeting.

I started switching in my old Longines on the weekends, in an attempt to disconnect at least a little from the constant flow of digital nudges. Then I stopped using my Apple Watch as a timepiece altogether. Instead it got relegated to being used only as a music player when I went for runs. Now, when I do not run as much, I just keep it in a drawer—cold, dark and lifeless. These days I alternate between my Longines and a newly bought Tusenö (a very nice quartz watch) and I never miss having a computer on my wrist.

It I were to still use the Apple Watch every day, I would most likely have to trade it in for a newer, faster model. That would be yet another device I would have to keep on a two-year update cycle. I would much rather spend that money on regular services for my Longines and have it last the rest of my life.

It started in earnest in March last year, when my wife and I visited Stockholm to participate in a photography class and visit an old friend of mine. I brought my then a-year-and-a-half old iPhone 7. Since I have just about no sense of location what so ever, the plan was to use appropriate apps on my phone to navigate the city and find the right tube trains to get us where we needed to go. The problem was, Swedish winter temperatures and an aging lithium ion battery did not go well together at all. It was impossible to get more than a few hours of charge out the phone. My wife (who had an equally old phone) and I needed to constantly be on the look-out for wall sockets, where we could put our charging cables. Minor chaos erupted at the photography class, when all the other participants had to do the same and we ran out of wall sockets. It really was ridiculous.

That evening I wondered what the hell had happened to us all. How could we all put up with being chained to a lithium ion battery like this? The next day I looked up all the directions I thought I needed and wrote them down in a pocket notebook instead. It felt safe to keep that in my front pocket.

Our digital systems have been a godsend in many ways, but they are problematic too. I can hardly be left alone with a smartphone without squandering hours surfing social media och looking things up on the web. It always leaves me feeling weak and filled with self-reproach. It might be a character flaw of course, but when I look up I see much of the world being as stuck as I am. We are no match for the host of behavioral experts employed by the social media companies to reel us in even further and keep us glued to the screen. Why does not this make us all furious?

The world increasingly turns away from the old ways of getting things done and is growing increasingly dependent on data centers and digital infrastructure. Does not that make us vulnerable? What happens when the systems go down? I want my life to be more robust than that.

There is a movement now towards digital minimalism and a more analog world. It is time to re-examine how things were done in the past. Maybe I will discover that sometimes the old ways are just as good (or even better) than their digital faksimiles.